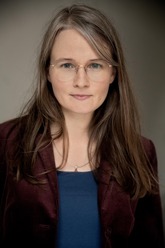 I am a research associate in the project “Independence and Diversity: Unknown Karaite Bible Commentaries in Judeo-Arabic from the Early Classical Age” in which I will be writing my dissertation about parts of Sahl ben Maṣliaḥ's (fl. second half of the 10th century) commentary on the Pentateuch.

In the course of my studies (Arabic Studies with minors in Religious Studies and Political Science) I was mostly focused on two things: Arabic language and the History of Religions (“Religionsgeschichte”) in the Islamicate World. My MA thesis was concerned with the Shīʿī author al-ʿAllāma al-Ḥillī (d. 726/1325) and his work “Minhāǧ al-karāma fī maʿrifat al-imāma” which I have analysed and partly translated into German. After finishing my MA, I became more and more interested in the history of Judaism in the Islamicate world and thus studied Hebrew and took courses concerned with Jewish literature. Besides that I have contributed to several projects such as “Bibliotheca Arabica” (Leipzig), “Digitalisierung von deutsch-jüdischem Kulturgut” (Leipzig), and “Wissensrohstoff Text” (Leipzig), worked as an Arabic teacher for a couple of years, and completed a second MA in conference interpreting (Arabic, German).

I have always been fascinated by primary sources, all the more so when in the form of manuscripts. It is for this reason that I am looking forward to working with material from the Firkovitch collection. Furthermore I am hoping for a relaunch of the “EAJS Summer Laboratory for Young Genizah Researchers and those interested in the field” which I have first conceptualized in 2016/17 with the intention to enable more students to get to know the world of the Cairo Genizah and its rich resources for scholarship and organized it, together with Prof. Dr. Ronny Vollandt, in September 2017 at the LMU in Munich.