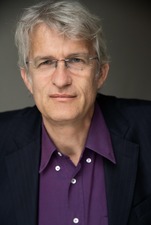 My research focuses on the history of trans-denominational intellectual thought in the pre-modern Islamicate world. As a matter of methodological preference and historiographical priority, my studies cut across established disciplinary boundaries and transgress real or imaginary borders between religious persuasions and schools of thought. From 1998 to 2008, I compiled a comprehensive database of Muʿtazilī works and associated manuscripts by Muslim and Jewish authors, partly within the framework of the Muʿtazilite Manuscripts Project Group and in preparation for the ERC Advanced Grant “Rediscovering Theological Rationalism in the Medieval World of Islam” (2008-2013). The bulk of the amassed data concerned the Firkóvič Collections in Saint Petersburg and the extensive Zaydi Manuscript Tradition in manuscript collections across the globe which served as bedrock for several follow-up projects. In the framework of the MAJLIS-Project, I continue my long-standing work on manuscripts from the Firkóvič Collections at the National Library of Russia in St. Petersburg. My main projects bear on:

Beyond that, I am involved in several collaborative projects on Qaraite and Samaritan legal and exegetical texts in Arabic as well as Muʿtazilī kalām and uṣūl al-fiqh.