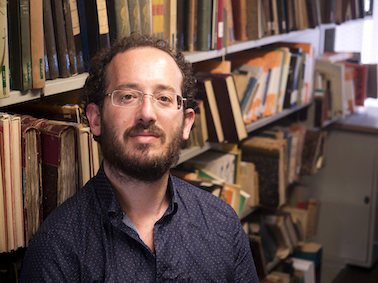 My research concerns the Hebrew poetry written in medieval Muslim Spain (al-Andalus) and the social circles of its authors and audience. In particular, it is dedicated to the work of the first major poet of the Hebrew-Andalusian school, Samuel Ha-Nagid (Ismāʿīl ibn Naghrila; 993-1056).
By returning to the ancient manuscripts of his Dīwān (book of poems), reconstructing the original structure of the book and conducting a comparative study of parallel Arabic works, I am trying to delineate the certain phases in the poet’s literary career, examine his life-long attempt to simultaneously inhabit both cultural spheres, the Jewish and the Arabic, and explore the unique Andalusian encounter of cultures, literatures, religions and ideas.