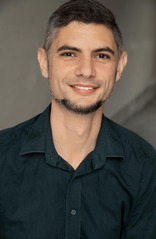 My research focuses on communication and knowledge exchange among Muslim, Christian, and Jewish communities in the medieval Near East. Although many of these interactions took place over a millennium ago, they remain a rich source for understanding how interreligious discourse affects pluralistic societies. I employ both traditional and innovative digital tools to analyze this material, taking an enthusiastic part in applying "digital humanities" approaches to my research and publication.

My forthcoming book, Polemic, Power, and Popular Opinion, explores the situation of Muslim-Christian relations in ninth-century Iraq through the lens of "The Refutation of Christians," a polemical work by the Arabic prose master Amr ibn Bahr al-Jahiz (c. 776–868/869). At a time when Iraqi Christians and Jews held positions of major influence in Abbasid society, al-Jahiz elaborated an ideology that would contribute to marginalizing these communities. My book argues that in so doing he also revealed that many of his fellow Muslims were opposed to this marginalization and that many of the legal, institutional, and social changes that would lead to Christians and Jews in the Near East becoming the tiny minorities they are today had only begun to be enacted in the ninth century.

Together with the Biblia Arabica team led by Prof. Dr. Ronny Vollandt, I am assisting with the creation of the Bibliography of the Arabic Bible: A Classified and Annotated History of Scholarship. With over a thousand entries tagged by subject, manuscript, and biblical book, this resource is intended to be a comprehensive digital tool for navigating scholarship on the Arabic Bible, including its Christian, Jewish, and Samaritan translations and Muslim reception.

I also serve as an editor for the Syriaca.org publications The New Handbook of Syriac Literature and A Guide to Syriac Authors (both with David A. Michelson). Syriac is a dialect of Aramaic that was used widely across the Near and Middle East for about a millennium, from the third to fourteenth centuries C.E., and lives on to the present in a number of diaspora groups as well as in rapidly shrinking communities in the Near East. The above and other Syriaca.org resources use a born-digital, peer-reviewed publication model together with an open-access infrastructure designed to provide a robust platform for Syriac studies in twenty-first century.

Communities of Knowledge: Interreligious Networks of Scholars in Ibn Abi Usaybiʿa’s "History of the Physicians"

This project will examine the social encounters of Christian, Muslim, and Jewish scholars in the Abbasid Near East (750–1258). Christian Oriental studies has helped to reveal the diverse exchanges of Abbasid scholars, particularly during the Greco-Arabic translation movement, but the social context of these exchanges is seldom considered. An area in which collaboration is constantly attested in primary sources is the medical field. Ibn Abi Usaybiʿa (d. 1270), a Muslim physician from Syria, composed a 250,000-word history of medicine describing the interactions of nearly 450 physicians along with their social environment. The proposed project will digitally record these interactions in order and, using network analysis, identify the persons who were most frequently involved in scholarly exchange. Ibn Abi Usaybiʿa’s representation of these events will then be analyzed and compared with representations from other sources. The project’s results will be published as a monograph and project data will be made accessible on the project website and in public archives.

The goal of the project is to revitalize Christian Oriental studies as a “klein Fach” connected to Islamic and Jewish studies and to illuminate issues of religious diversity from a historical perspective.