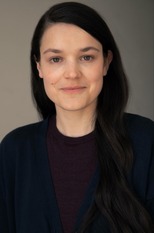 For my doctoral dissertation, I am preparing a critical edition of approximately a third of Ibn Ǧanāḥ’s Kitāb al-uṣūl (covering the introduction and the dictionary proper until the letter ח) as well as a translation into German.
The Kitāb al-uṣūl is Ibn Ǧanāḥ’s dictionary of Biblical Hebrew and together with his grammar, the Kitāb al-lumaʿ, forms his magnum opus, the Kitāb al-tanqīḥ, which he wrote in Judeo-Arabic in the first half of the 11th century.
After his predecessor Ḥayyūǧ had proposed the principle of triliteral roots in Hebrew, Ibn Ǧanāḥ adopted and developed this approach systematically in his work and especially in the Kitāb al-uṣūl. Ultimately, by means of his grammatical and lexicographical analyses, he aimed at providing (the basis for) a thorough understanding of the biblical text. This is particularly visible in many dictionary entries, in which he also engaged in exegetical activities offering sophisticated clarifications of difficult biblical passages that go beyond mere definitions of specific words.
Apart from the edition and translation, I will also give a detailed introduction to the work, whilst situating it within the Wissenschaft des Judentums when Adolf Neubauer and Wilhelm Bacher, among others, studied Ibn Ǧanāḥ and his Kitāb al-uṣūl in detail and thus contributed significantly to our understanding of his life and work.